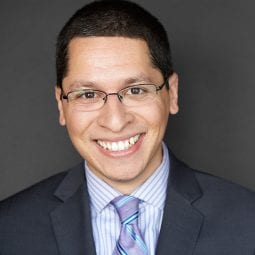 “I’ll take it to the Supreme Court!” It is likely that you’ve heard some variation of this phrase, usually in the news, on TV, or at the movies. The motivation behind it is simple enough, “I believe so strongly in my case that I’ll appeal it until I win or the highest court in the land tells me enough.”

Unfortunately, this has the effect of making it seem that an appellate court is a “re-do” of what happened before. As attorneys, part of our job is to explain to you that this is not the case.

At its core, an appellate court’s job is to decide whether a lower court committed an error of law. With rare exceptions, the appellate courts do not generally rule on questions of fact. What is the difference? An error of law usually concerns a decision the Judge made that does not go to the merits of the case. For example, whether to admit a piece of evidence, or whether to allow a witness to testify. In those cases, the Court is not concerned with what the evidence is, only whether the evidence should be allowed in the trial. These errors are reversible by an appellate court because the error deprived the appellant of a fair shot in court.

Questions of fact on the other hand concern the merits of the case itself. Whether to believe one witness over another, deciding who committed the crime or who caused the car accident. In other words, these determinations go directly to the question that most people think matters, who is guilty, and who is innocent? These errors are not generally reversible because the appellate court’s focus is on whether you had a fair day in Court, not whether you should have won.

What this means for you is that factual decisions by the trial court, the court that exists in every county, are usually the last word in those cases. It also means it is important to have attorneys who can spot the legal issues that do matter on appeal, and know how to properly present those issues to an appellate court.

Finally, this has been a brief and cursory review. Your situation may fall under an exception to everything stated previously. As always, the best advice is simplest. Talk to an attorney.

Please contact the Appellate Practice attorneys at Bruning & Associates, P.C. at 815-455-3000 to schedule your complimentary consultation to discuss your Appellate case.